2017: Change in narrative of Indian Media

It’s a proven fact that uttering a single word against media is like inviting your social or political death. The Indian media is so powerful that it can make anybody a CM within a matter of time. Media is an important pillar of democracy and in a country like India which is the world’s largest democracy standing by/against media is the necessity of the time.

I have been a keen observer of Indian media for the past 20 years. I have worked very closely with the Media Personnel. I have observed a 180° change in the narrative of Indian Media in the last few years.

Let’s start with the rise of Aaj Tak news channel. NDTV and Zee News had dominated the Hindi news channel segment for some years. On 31st December, 2000 Aaj Tak was aired for the first time. Within first month of its launch, Aaj Tak broke a news of earthquake in Gujarat. Earthquake measuring 7.7 in richter scale shook Kutchh. It was the first breaking news of Aaj Tak. It put all it’s resources and strength to cover the entire earthquake hit area and relief work of the Government. It has questioned the then CM of Gujarat Keshubhai Patel who was leading the BJP Government for poorly managing the relief work. As Aaj Tak was a newly launched channel and showing deep coverage of the earthquake, all other existing channel started following the same path. It was the time when news channel started following other news channels.

As a result of media attention the then CM of Gujarat Sri Keshubhai Patel resigned and Shri Narendra Modi was sworn in as the CM of Gujarat on 7th October 2001. Riot hit Gujarat in February 2002. 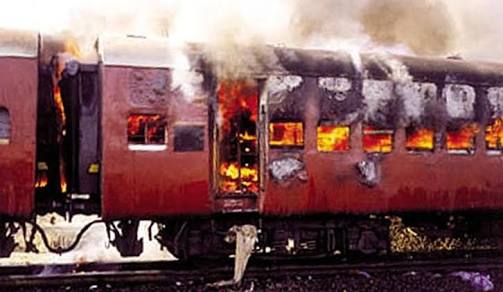 Rajdip Sardesai, Barkha Dutt and many other NDTV reporter exaggeratedly covered post Godhra Riots. Their intention was to bring down Narendra Modi from the post of CM. From their reporting, it was evident that they were covering only one side of the riots i.e. showing the world that the Muslim community was being targeted by Narendra Modi led Government. It was very important for Congress to crush BJP in it’s strong hold state for defeating NDA in the forthcoming General Election in 2004. Till 2007, Modi was answering every single question put forwarded to it by media personnel but the they were in denial.

After 2007, CM Narendra Modi started avoiding repeated questions put before him by the media, the answers of which were already given by him.

Since the independence, most of the media houses are owned, established or being captured by people having communist mindset. They failed to represent (rather they were/are least interested) the real issue of the nation, the real issues of majority “Hindu” population. Supporting (expanding) Congress’s vision they always neglected the Hindus. People were tired of viewing/reading their views in various article or TV Stories but had no choice. Communist are having flagrant issue with nationalist organization like RSS and its allied organization. RSS is the only force standing against communist ideology. And we must accept that communist can fight well for their ideology with proven methodology of using media. They can run their propaganda as they have implanted their people across various media segments.

After Godhra, this agenda of Media went on and on whether it’s Sohrabbudin-Israt Jahan case or any other little incident took place in Gujarat. Apart from politics, the overall agenda was to suppress Hindus by defaming Hindu Beliefs, Hindu Idol, Hindu Saints and Hindu Rituals. Several attempts was made adjoining this narrative.

Whether it is Sting Operation of some Sadhu or religious practice (superstitions) every alternate day media was showing some story which was embracing Hindus. In a way it was an attempt to mute the majority by showing darkest side of their faith or religious practices. On the other hand research scholars from various top institutions were called-in for debate on the show to laugh and criticize our beliefs. Obviously they were communist scholars.

They left no space for right.

During this time there were reporters who were not of this kind and who were having different views but all such reporters were humiliated invariably in every public meet i.e. coverage, get-together, event or award function. Their work was suffocating in the communist environment.

After winning the 2002 Gujarat Assembly Election, Narendra Modi openly questioned Rajdip Sardesai and it’s reporting. It was clearly evident that Rajdip Sardesai was humiliated by CM Narendra Modi in front of the world regarding his biased reporting that the whole Gujarat was burning. Then after main stream media has boycotted Modi and refused showing any good news of Gujarat whether it was Vibrant Gujarat or various new beneficial schemes introduced by Government of Gujarat. But Modi’s work was exceptionally good and was appreciated by the people of Gujarat. Soon the people of India recognized his work for the people and started praising him for his work. Once again the people started questioning the biased news shown by the media houses and this time the media was put on trial by the public. And yes, Indian public was smartly seeing everything without believing what is being told to believe. They responded in 2014. The General Election was fought on the Development Manifesto from BJP’s side while other parties failed to evaluate the mood of public and stick to the stereotype agenda of Secularism, Dalit and Muslim Appeasement. Result of GE 2014 was more than a Shock for media houses. Some are still in mental trauma. 😉

Soon after the formation of the BJP led NDA Government the reporters and the media houses understood (sensed) the mood of public. After “विराट दर्शन” by the “विराट हिन्दू समाज“, they had to revise their policy and strategy. The suppressed and suffocated journalist came out and started speaking their heart. Arnab Goswami, Rohit Sardana, Sudhir Chaudhri, Shweta Singh, Anjana Om Kashyap, Dibang… these are top names you can see on your TV so frequently whose journalism is commendable.

The entire narrative of media is changed by 180°. Stories which we can never imagine (like stories supporting Hindu beliefs, ideology and rituals) are being telecasted over main stream media in their prime time. Previously where it was believed that evil exist only in Hindu while the rest didn’t had any. Who thought that the same media house which showed that evil exist only in Hindu, would execute sting operation on Halala practices. Eventually the media houses went on saying that Halala practices are the most heinous crime committed on women.

Now, the media houses are debating on Triple Talaq, Article 370 of the constitution of India, Ram Mandir, Ram Setu etc… and the anchors are leading the debate from the front. And quite surprisingly, now a days documentaries on Hindu mythology & beliefs are being telecasted like “क्या स्वर्ग का रास्ता कैलास से हो कर जा रहा है”, “क्या ईश्वर है” etc…

One section of people still thinks that the media is being paid by the PM to telecast the news in his favor. Is it possible to pay all the media houses in a country like India? If they think that these media houses telecast specific stories only on receipt of payment, the question here is who paid them previously?

Previously I thought that my grandchildren may be able to see this change in narrative but I consider myself lucky enough that I can see the current changing scenario.

Now I can say that our upcoming generations will be having plenty of reasons to be connected to the Indian Roots; the Hindu Roots.

Published in Current Affairs and Political

h J R
Vikrant Pandya @vikrantbpandya @Tariq_Kurd @YasMohammedxx @ApostateProphet There you are. "So many gods" helped us to understand how our planet earth rotates and what's it's shape. We are saved and enlightened intellectually. Quite Useful. 😘

h J R
Vikrant Pandya @vikrantbpandya @Tariq_Kurd @YasMohammedxx @ApostateProphet That's what an ignorant do. Not an issue. Believe in Flat Earth. Have a Happy Life Ahead. 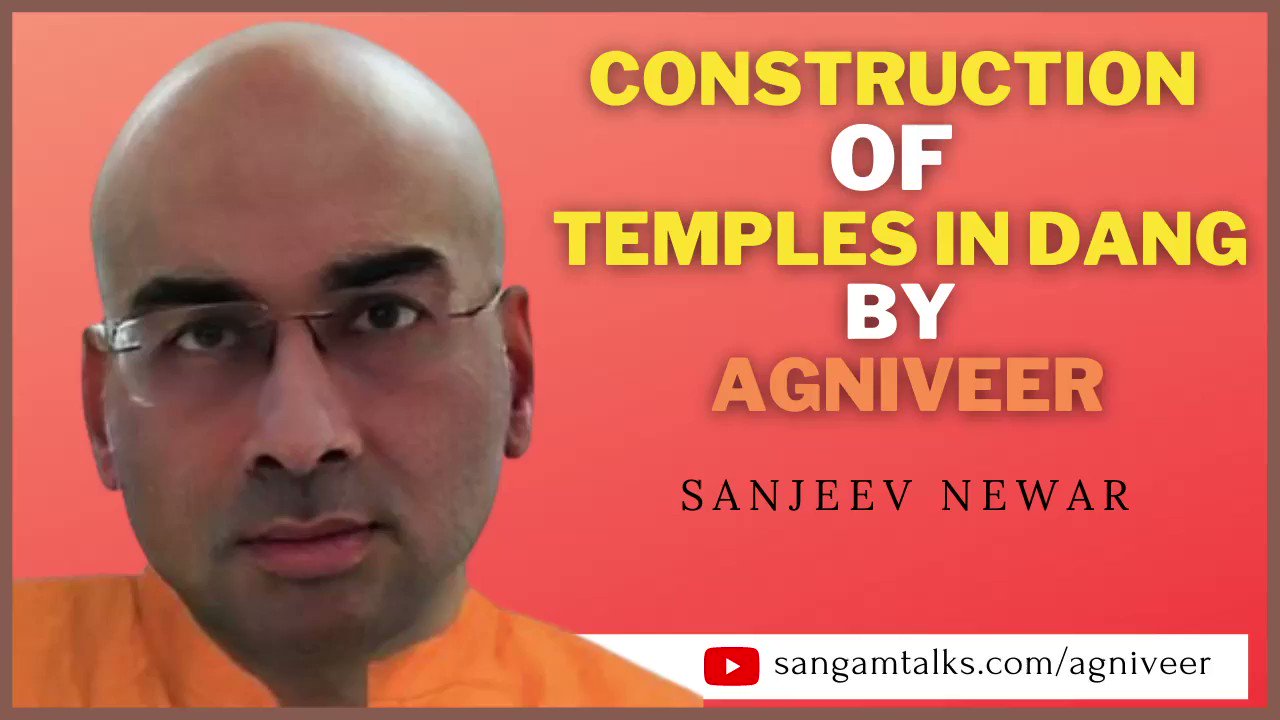 h J R
Vikrant Pandya @vikrantbpandya @bchethana They actually learnt about civilization after coming to India. But how can a winner admit that they were illustrate and uncivilized!

2017: Change in narrative of Indian Media